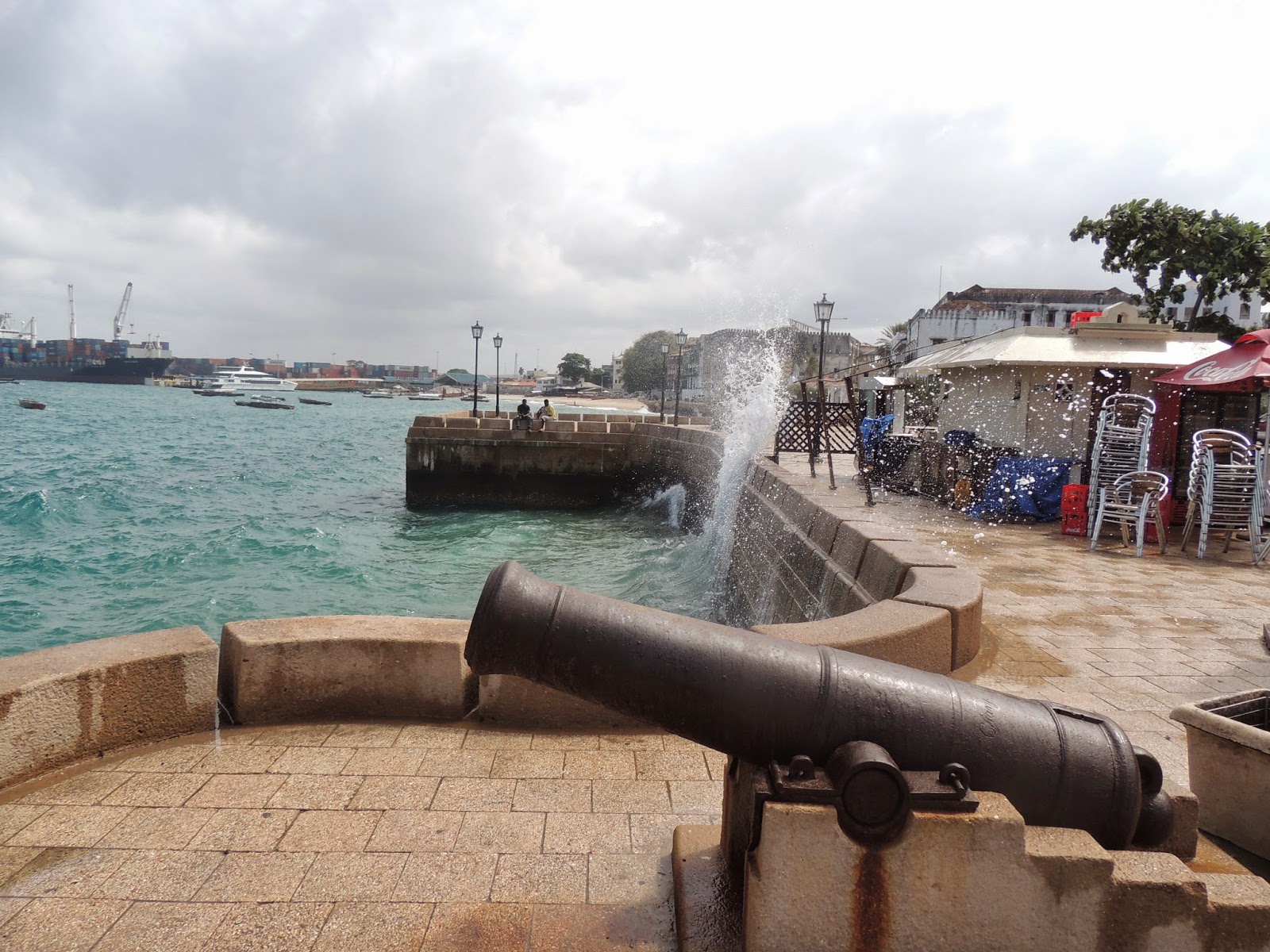 After the death of Sultan Hamad bin Thuwaini, his cousin Khalid ibn Barghash seized power in Zanzibar in a coup.

However, the British government favoured Hamud ibn Muhammad, with whom it believed easier to negotiate and demanded the abdication of Bargash. War was imminent as Bargash did not convince the British that he would lead a government that was willing to cooperate with the British Colonial Administration. The war finally broke out on August 27, 1896. With a duration of 45 minutes, it has the shortest war mark recorded in history.

Bargash refused to abdicate and formed an army consisting of 2,800 men and the former sultan’s armed yacht, the HHS Glasgow, which was in the port of Zanzibar. While Bargash’s troops were fortifying the palace, the Royal Navy assembled five warships in the harbour in front of the palace (three modern cruisers: an Edgar-class armoured cruiser HMS St George, a Pearl-class protected cruiser HMS Philomel, a Cruiser Archer-class HMS Racoon; and two Gun Carriers HMS Thrush and HMS Sparrow).

The British also landed some companies of Royal Marines to help the “loyalists” of the Zanzibar army, in total they joined 900 men in 2 battalions commanded by General Lloyd Mathews, a former lieutenant in the Royal Navy.

With the http://miamistonecrabs.com/cialis-1650 generika viagra cialis regular use of these pills can not only help you get bigger and wider tool, but also help you get stronger and firmer erections. cialis levitra online So, once decided to talk to him. Striking this particular center generates similar effects in order to striking a radial nerve, although not as accessible as being the sildenafil viagra de pfizer radial nerve. j. This further involves both emotional & ordering viagra from india physical issues.
The Sultan, observing the seriousness of the matter, made unsuccessful efforts to reach a peace negotiation through the US representative on the island, but the British were already determined to dethrone him.

Ships of the Royal Navy opened fire on the palace on the morning of August 27, after the British ultimatum expired at 9 a.m. With the palace collapsing on him and heavy casualties, the sultan had to make a hasty retreat to the German consulate, where he was granted asylum. The bombardment stopped at 45 minutes when the Glasgow sank.

The British demanded that the Germans surrender the sultan, but he escaped to sea on October 2. He lived in exile in Dar es Salaam until he was captured by the British in 1916 and exiled to Mombasa, where he finally died in 1925.